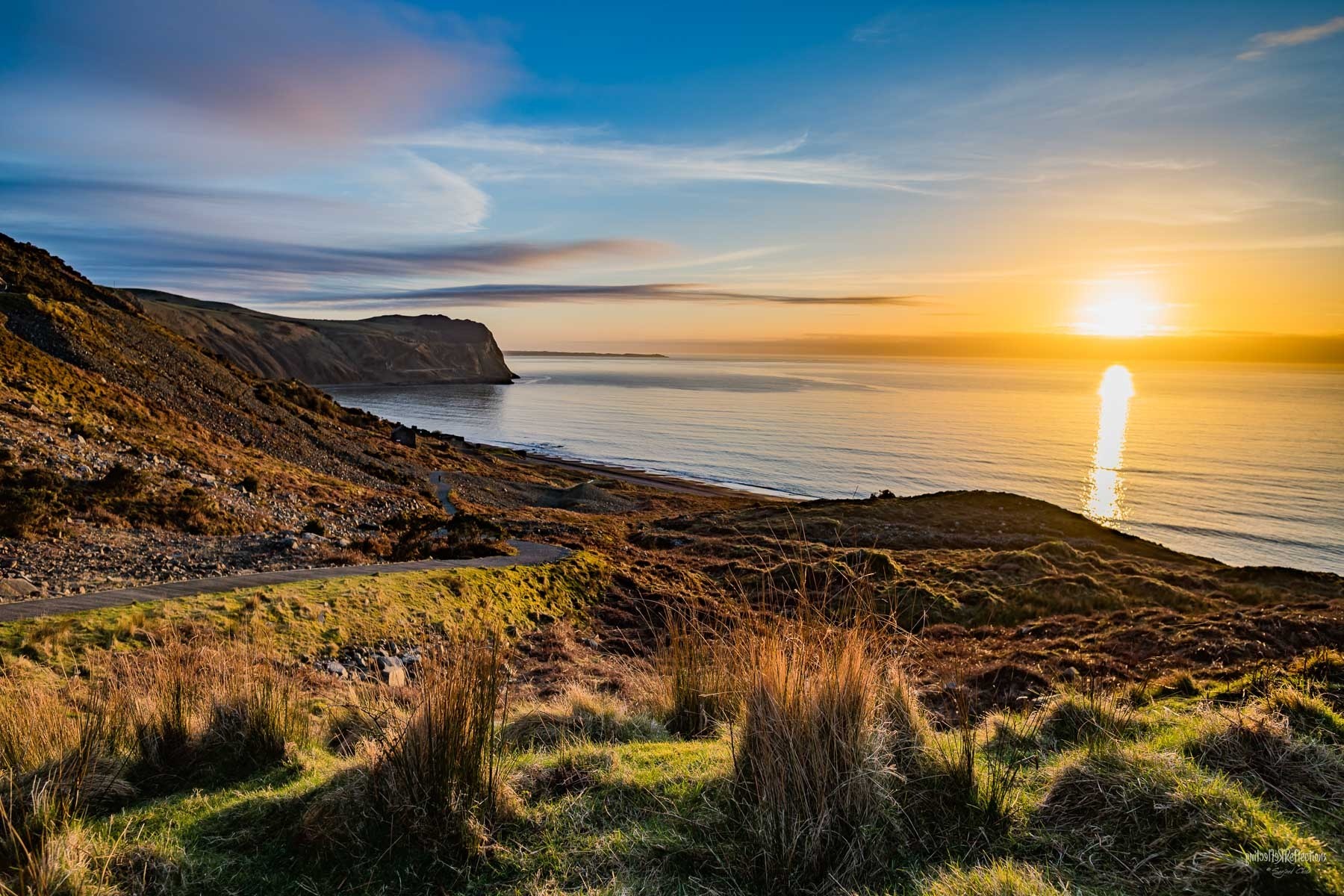 There is never a dull moment in the quest for tranquility. I was recently in north wales, the setting sun was in my eyes as I walked down a steep path from the center’s courtyard, to the steps that descended down the hillside to a magical beach. The pastel shades in the skyline, silence, that was broken only by the sounds of the gently receding waves, and the stillness of the moment reminded me of a quote by Murat Ildan on tranquility which inspired this post. Pictures taken with a Nikon D850 14-24 F2.8 lens.

Nant Gwrtheyrn, was a busy quarrying village (1860-1920) which was abandoned in the 1970s when the quarries were closed. The site is now the National Welsh Language and Heritage Centre that lies on the northern coast of the llyn peninsula in north Wales.

As the gentle whispering breeze cast’s its invisible shadow upon the sands, the sun sets upon the horizon igniting the sky with its incandescent flame. The blue angels are everywhere; spreading their wings in celebration, adding a flavour to the recipe. The restlessness in my heart retreats into the shadows leaving me with a sensation that I liken to a pond with no ripples, that fleeting moment when you feel like you have no care in the world with nothing to agitate or cause anxiety.

Nature has an uncanny ability to surface moods and emotions that lie entrapped deep within our souls. Is it the search for tranquility that stirs these emotions inside us? perhaps the silence, the visual blend of mesmerising pastel colours in the sea and the sky, or perhaps the repercussions of the gentle waves caressing the shores?

The blue hour infuses an intoxicating mix of magical ingredients in secret proportions; that attempt to fill an elusive void in our hearts, igniting forgotten memories, perhaps, of a past that lies dormant in the essence of our being.

The Path to Ingleborough Hill